Upon its introduction on the Canadian market, the Bandit was the lone queen in the standard sports bike category. It was attractive, comfortable, easy to ride and priced to sell. A lot of Bandit s found takers thanks to their simple and affordable package. But the competition, which became more and more intense, forced Suzuki executives to revise their strategy. In , a new and improved version was launched, much to the delight of all versatility fans. Since coming to market, the Bandit has benefited from numerous enhancements in terms of styling and ergonomics.

However, its powertrain remained unchanged throughout the years, even though it proved to be outdated. This oil- and air-cooled engine, derived from the old GSX-Rs from the nineties, was rapidly getting eclipsed by the more modern rivals. This year, Suzuki improved the Bandit by introducing a new liquid-cooled engine specially designed to power a standard, stripped-down bike.

Engineers and stylists have put in a lot of efforts to develop the cylinder head and engine block. The cam chain is located at the centre of the engine, which gives the latter a stand-out look. Smooth but lively The new engine of the Bandit is an inline 4-cylinder with DOHC and a "dual-throttle" electronic fuel injection system.

Exclusive to the S model, this motor is now mated to a catalytic converter that meets the stringent Euro-3 emission regulations. Easy enough to coax a few more horses out to play, smooth and quite tractable. An ideal motor for buzzing about on or to go touring, light clutch action and so easy to service. Bit of paint flaked off of the wheels and fur started to get in.

I just keep the spots clean and use a marker pen to touch them up, does a great job of keeping the fur away. Everything is functional and well placed. It did have some continental concrete economy tyres which were shite. Fitted a pair of Avon storm 2 ultra's, very good tyres indeed. Buying experience: Second hand from a dealer. An easy bike. I just bought this and it's my ninth one. Needs a lot of revs at highways, but is very agile at town.

Suspension is a bit wobblin compared to previous bikes. MCN guys sure got this one wrong my friends. Bought my faired bandit with 3k miles on the clock couple months back. I am loving it very much. Very nice smooth engine, and with a beowulf can fitted, it sounds super sweet. Accelerate nicely from 30 to 80 in sixth gear, nice amount of torque. When accelerating in lower gears, very smooth delivery from rpm, then you feel the kick from the engine.

Not a big kick like on a gsxr but just enough to put a big smile on your face without killing you. With a full tank, it weights about kg. I have fitted Oxford LED indicators front and rear, and let me tell you, they are such a pain to fit on. The connectors from the Oxford LEDs are totally different from the factory lights.

So i had to cut the wires and connect them together manually. Had to use superglue to glue the LED on to the indicator holders as there just wasn't any other way to stick it on the bike. Overall, as my second bike, it's very nice looking and makes nice noise. Mine is ABS model and it does work. I had to break hard once at 80mph and i can feel the abs kicking in to stop wheel locking.

Bought my faired bandit couple months back. I don't know what bike the MCN guys were riding, but I don't agree with much of what they say. If you're looking for a cutting edge crotch rocket to use on the racing circuit, then you're looking at the wrong bike. If you're looking at something that is a blast to ride, easy on the eyes and wallet, then this is bike for you.

I just picked up a gently used '06 Bandit. In beautiful condition. Obviously well cared for by the original owner. I'm rather advanced in age to be buying my first sportbike, but maybe it is a case of midlife crisis or middle age crazy I've been riding for over 20 years, and must admit I am glad the whole sportbike thing didn't appeal to me when I was younger. I'm sure I'd have died in the 80's. It is hard to be sensible when riding something this fun.

It seems well put together, goes like stink, and is pretty comfortable to ride, even for an old fart with a bad back. I'm not quite ready to give up Harley quite yet, but I certainly have a new daily commuter! I'm 6' even and weight a touch over lbs, so I'm not exactly a flyweight. This bike hauls my big meat locker around with little problem, so unless you're Andre The Giant's twin brother, this bike should fit you.

Had this bike now 12 months covered miles ride it every day sold the car longest trip miles driven in rain ,snow shine. With me and the Mrs on there's not much change out of 30 stone I'm 6 foot. I've never felt that i needed more power always been able to over take any car I've wanted to it handles pretty good and is fun to ride ,sometimes hard to stay in speed limit your doing 80 with out realising it.

On long trips we stop every miles or so to stretch our legs and fill up ,it does get painful if I ride for much longer. I'm very happy with it ,But It could do with higher screen and when I ride with summer gloves on after 20 minutes my fingers start to go numb. I dont think i have ever had less than 50 to the gallon. Over all good every day bike and good touring bike as long as you have regular stops.

I bought this bike new after I passed my direct access. I got the candy blue one which i think is the best. Although it was hard to decide between the black. I dropped it on the way to the first service at miles. Very lucky, very little damage. No faults to report with anything really. As a first bike and my lack of experience I think it is a brilliant bike.

Its comfy, cheap and goes fast enough. Its no sports bike but it still goes around bends good enough to scrape your boots and it will sit on the motorway all day as a trip to france proved. The fairing screen is a little low but its good enough, and theres plenty of aftermarket ones about. Dont listen to the road tests they arent your everyday bandit riders I've put a aftermarket can on because the standard one is FAR to quiet but thats not a bad thing really and I do recomend a Oil Cooler cover because the fins dent and bend really easy.

There are better bikes out there, but value for money i think you cant go wrong. The bike has cost a small fortune in servicing. Finish has seen better days resale value is about 1K for an 18 month old bike. Would I buy another maybe. I bought this to get back to bikes after 12 years and to use every day so it is no dry-only weekend prima-donna.

Compared to anything else I've ever owned its a pretty good bike for the money. I had to to raise the seat though. It's reliable, fast enough and easy to ride. I see the Bandit gets a general poor review from MCN.

Dont let that put you off this excellent bike, read what 'proper' owners say. 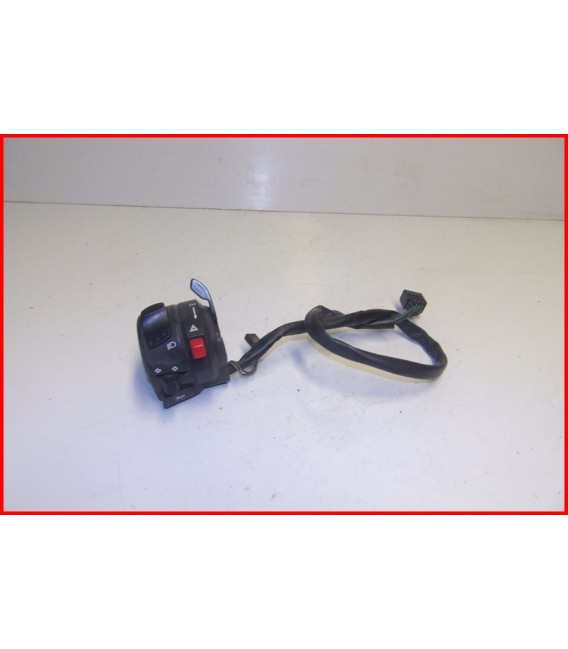